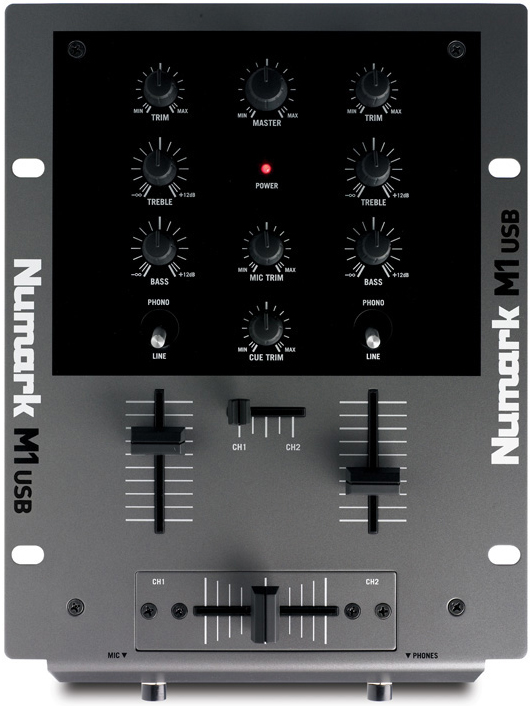 M1USB is a compact, two-channel scratch mixer with USB audio I/O. It is perfect for any DJ who needs to mix different sources, integrate computer audio, and record sets straight to computer, all in a small amount of space.

You can plug in turntables, CD players, and any other line-level music source, as well as a microphone. M1USB's easy, on-the-fly connection to laptops enables you to take advantage of audio input and output for recording to your Mac or PC and mixing in MP3s and other audio files.

M1USB has two USB ports, each assignable as an input or output. As inputs, incoming audio can be mixed like any other input. As outputs, you can send you mix out to a connected computer for recording. Because it employs plug-and-play USB, M1USB connects to almost any Mac or PC with no drivers needed, and works with nearly all audio playback and recording software.

You can set the level of each channel of M1USB with trim and line faders, and then tailor the high and low frequencies with the rotary EQs on each channel. Preview using the cue mini-crossfader and headphone output, and then mix with the replaceable crossfader.

M1USB squeezes maximum flexibility into a tight, compact mixer. With simultaneous USB playback and recording capabilities, M1USB is certain to be your next DJ mixer!