WARRANTY SPECIAL
TWO YEAR FULL WARRANTY. ONLY $13 A YEAR FOR FULL PIECE OF MIND. ENJOY YOUR EQUIPMENT WITHOUT WORRY. PLAY WITH IT AND IF ANYTHING IS WRONG, IT WILL BE FIXED. Details

WARRANTY SPECIAL
TWO YEAR FULL WARRANTY. ONLY $13 A YEAR FOR FULL PIECE OF MIND. ENJOY YOUR EQUIPMENT WITHOUT WORRY. PLAY WITH IT AND IF ANYTHING IS WRONG, IT WILL BE FIXED. Details

Mackie's DL806 digital mixer gives you the processing power and performance of their revolutionary DL1608 console, but in a more compact 8-channel version. It sports studio-quality 24-bit Cirrus Logic converters, built-in DSP for great-sounding effects and processing, and eight of Mackie's award-winning Onyx microphone preamplifiers. Integration with up to 10 iPads or other iOS devices gives you extremely flexible mix and processing control, as well as wireless remote monitor control and mixing. Once you add a Mackie DL806 to your rig, you'll never go analog again!

While Mackie's DL806 uses your iPad for all hands-on functions, the audio path is pure Mackie. You get eight acclaimed Onyx mix preamps, which sound their best thanks to high-end Cirrus Logic digital converters. Even if you're running a busy mix with lots of effects, the sound is big and well-defined, with a remarkably low noise floor.

The DL806 digital mixer has four auxiliary sends available, and actually supports up to 10 wireless iPad connections, making it easy for everyone to control their own monitor mix. The band will love having control over their own mix, and you'll love the time saved setting up everyone's mix to their liking. You can even lock-out the extra iPads from certain functions, ensuring that no one else can alter your main mix settings.

It's easy to record your main mix straight to your iPad with the DL806 digital mixer. You can also play back music from you iPad, great for pre-show music and set breaks. In fact, you can even integrate audio from any music app directly into your live set, thanks to the DL806's pre-assigned iPad channel in the mixer.

The Mackie DL806 digital mixer lets you control your live show like never before - with your iPad! 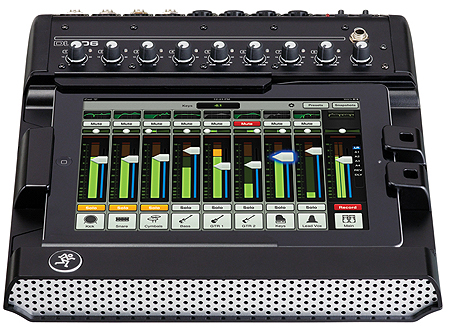 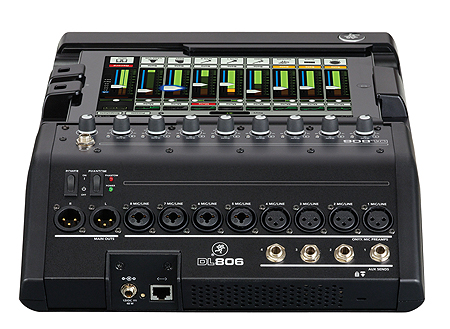 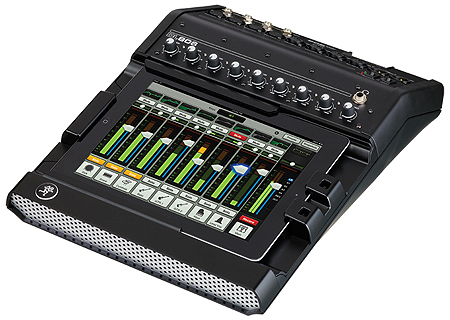