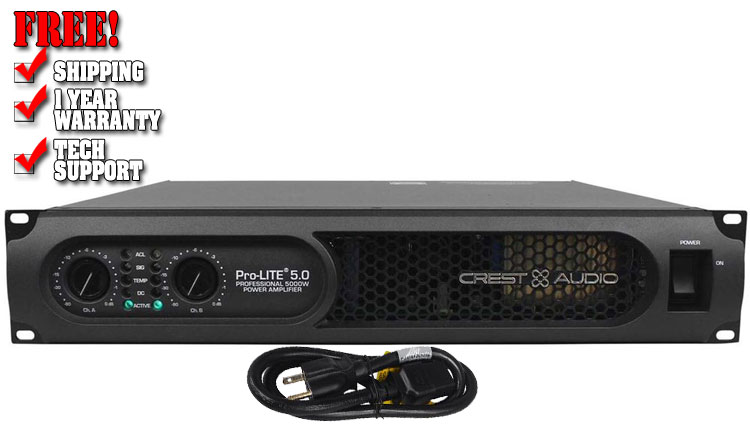 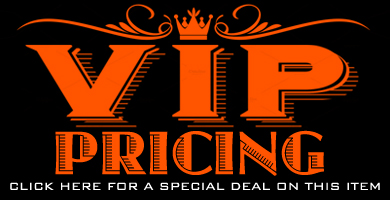 TWO YEAR FULL WARRANTY. ONLY $20 A YEAR FOR FULL PEACE OF MIND. ENJOY YOUR EQUIPMENT WITHOUT WORRY. PLAY WITH IT AND IF ANYTHING IS WRONG, IT WILL BE FIXED. Details

WARRANTY SPECIAL
TWO YEAR FULL WARRANTY. ONLY $20 A YEAR FOR FULL PEACE OF MIND. ENJOY YOUR EQUIPMENT WITHOUT WORRY. PLAY WITH IT AND IF ANYTHING IS WRONG, IT WILL BE FIXED. Details

Designed for years of reliable, flawless operation under rigorous use, the groundbreaking Pro-LITE™ series utilizes an advanced design that dramatically reduces weight, while increasing output power, reliability and thermal efficiency. Pro-LITE™ Series amplifiers are also designed with a resonant switch-mode power supply and a highspeed class D topology, that yields the highest audio resolution and efficiency available. This revolutionary amplifier offers the sonic superiority and unsurpassed reliability for which Crest® is famous, in an extremely efficient and lightweight design. Advanced technology and extensive protection circuitry allow operation with greater efficiency into difficult loads and power conditions. In other words, you get an amazingly powerful and efficient amplifier that won't break your budget or your back! The ACL™ (Automatic Clip Limiting) circuitry ensures trouble-free operation into loads as low as 2 ohms. ACL™ protects drivers and ensures that sonic integrity is maintained, even in extreme overload conditions. The Pro-LITE's high-efficiency design allows the amplifier to operate at very low temperatures, and does not require massive heat sinks to cool. For your safety, read the important precautions section, as well as input, output and power connection instructions.