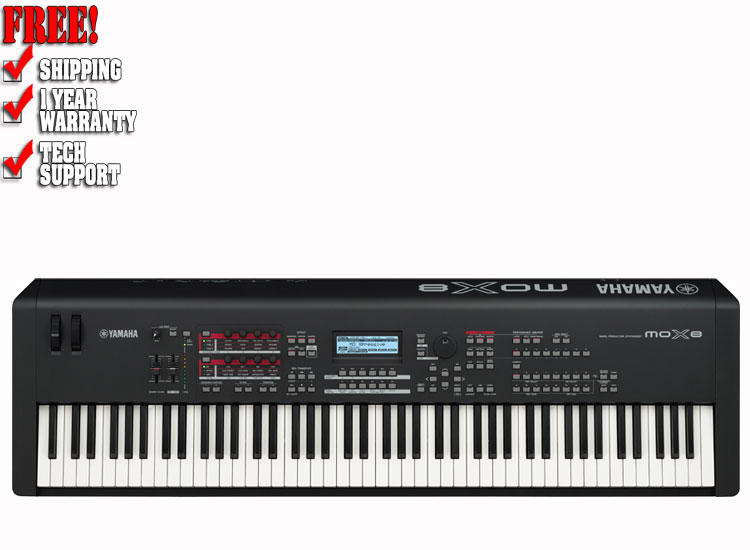 WARRANTY SPECIAL
TWO YEAR FULL WARRANTY. ONLY $38 A YEAR FOR FULL PIECE OF MIND. ENJOY YOUR EQUIPMENT WITHOUT WORRY. PLAY WITH IT AND IF ANYTHING IS WRONG, IT WILL BE FIXED. Details

WARRANTY SPECIAL
TWO YEAR FULL WARRANTY. ONLY $38 A YEAR FOR FULL PIECE OF MIND. ENJOY YOUR EQUIPMENT WITHOUT WORRY. PLAY WITH IT AND IF ANYTHING IS WRONG, IT WILL BE FIXED. Details

The new MOX series combines a MOTIF XS sound engine, a MIDI keyboard controller with extensive DAW and VST control, multi-channel USB audio interfacing, onboard sequencing, and an extensive DAW / VST software bundle. The MOX6 and MOX8 are the most powerful, mobile and affordable Yamaha music workstations ever.

For the past decade the MOTIF has been the de facto industry standard in music production synthesizers for both live performance and studio use. Combining MOTIF technology with new USB computer integration technology, the MOX series is the most powerful, mobile and affordable Yamaha music workstation ever. They are destined to bring MOTIF music production power to a whole new generation of players.

MOX has the exact same 1,270 sounds as the acclaimed MOTIF XS covering a wide variety of music styles. Starting with the Yamaha's acclaimed Concert Grand Piano CFIII grand piano sound; all the acoustic instrument sounds (strings, brass, guitar, bass, drums and more) that made the MOTIF XS so popular are included.. Of course the 8 element Voices, 18 different filter types and extensive effects section are also great for creating the vintage analog and modern digital synthesizer sounds that are used in the electronic and hip hop music scenes. All the sounds you'll need for both live performance and music production in a variety of styles are contained in the MOX.

Performance mode to enhance your creativity

You can combine multiple Voices together (up to 4 parts) and play them on one MIDI channel in performance mode, allowing you to play dynamic layered sounds or play solos along with drums and bass backing tracks. With the interactive Arp engine, even playing simple chords or just one finger gives you complete musical performances to spark your creativity. The MOX has 256 preset performances in a wide variety of music style including Rock, World, Hip Hop Jazz, etc.

Category search mode makes it fast and intuitive get to your ideal instrument. 16 different instrument categories with sub-categories make it quick to get the sound you need. With the Performance Creator (a new feature taken from the S90 XS, you can easily build up layer or split Performances by a single button press. Start with a Voice you like, press LAYER and a suitable layer sound will be chosen. Press SPLIT and a left hand Bass sound is called up automatically. Go to DRUM ASSIGN and you can play along with the tons of built in rhythm patterns.

MOX has a wide variety of effects for both the internal keyboard sounds and for use with the A/D inputs including a Vocoder for vocal formant controlled synth sounds.. Also Yamaha's proprietary VCM (Virtual Circuitry Modeling) technology that, rather than simply attempting to approach the desired sound using conventional digital audio methods, actually models the original analog circuitry – right down to the last resistor and capacitor. With the MOX, the high-quality effects found in our industry-standard digital recording consoles are at your fingertips. MOX also includes the award-winning "REV-X" reverb, the same professionally renowned reverb found in the SPX2000.

Sequencer mode to build up your inspiration as quickly as possible

MOX features a built-in sequencer which lets you produce high-quality music productions without the need for a computer or any other external devices. The sequencer features both real-time recording, which records your performance data as you play it, and Step recording, which is suitable for recording precise phrases or other difficult passages. Moreover, you can use the creative inspiration from Performances and directly record them to a Song/Pattern simply by pressing the [REC] button. After creating the outline in a matter of seconds you can easily edit and refine your song to final completion right on the MOX. MOX features 6,720 types of arppegiator patterns which contains all the phrase of instruments, so you can easily add additional part onto your song data.

A single USB cable for both Audio and MIDI connections

A single USB cable lets you integrate both Audio and MIDI with your MAC or PC computer. MOX has a built-in 4-in 2-out USB audio interface so you can record MOX's internal sound directly to your MAC or PC. Two dedicated audio inputs can be used to recording guitars and vocals into your computer. Compatible with all the major DAWs including Cubase, you can digitally record the sounds of the MOX and anything connected to the stereo analog inputs directly to your favorite DAW. Not only for music production, the USB connectivity and in-depth keyboard controller functionality lets you also playback and control your VST soft synths via the audio outputs of your MOX, allowing you to easily integrate VSTs into your live stage shows with no extra gear- just add computer and play.

The MOX comes bundled with a 48-track version of Steinberg's Cubase AI software, Prologue, Steinberg's VA soft synth for vintage analog synth sounds and a new Yamaha Organ YC-3B "Clonewheel" organ emulation VST. (The installer package of Soft synthesizers is available at yamahasynth.com) Dedicated Editor Software lets you easily edit your MOX just like a soft synthesizer. In fact, by using the MOX Editor VST, you can turn the MOX into a hardware accelerated VSTi. Combined with Media Bay in Cubase, you can categorize and select MOX's sound from a unified universal library of all your VST sounds. There is even a special editor for setting up the MIDI keyboard controls and remote functions. The MOX is the latest and best example of Yamaha's commitment to integrating our keyboards into the computer music production environment.

The MOX8 features an 88-key GHS keyboard. This feature provides authentic, realistic keyboard response–much like the playing feel of an acoustic piano–with the lower keys being heavy in touch, the higher keys light, and all the natural gradations in between. The MOX6 features a newly developed, 61-key, semi-weighted keyboard. The keyboard has been designed and adjusted so that you easily and expressively play the rich variety of sounds of the instrument.

Mobility – Light and easy to carry

The Lightweight bodies (MOX6: 7.0kg(15.4 lbs), MOX8: 14.8kg(32.6 lbs)) make it easy to carry the MOX to rehearsals or gigs and make them pound-for-pound the most powerful workstations Yamaha has ever made. Both models are 50% lighter in weight than the comparable MOTIF models. 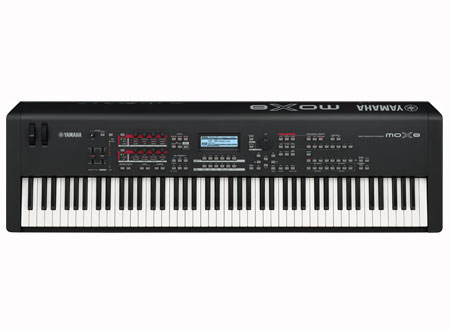 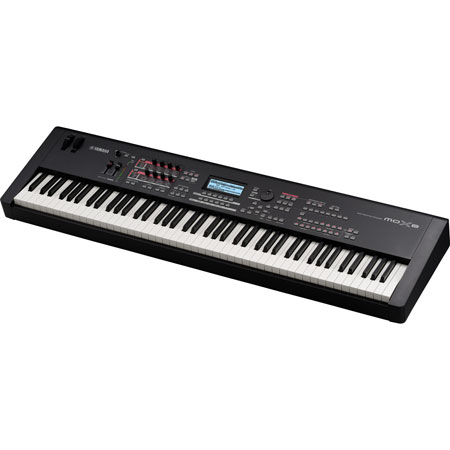 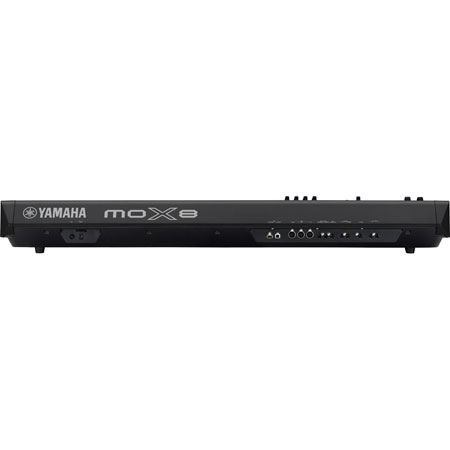 Back to DJ Keyboards & Synthesizers