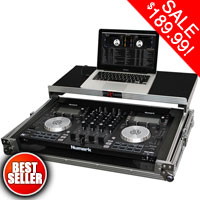 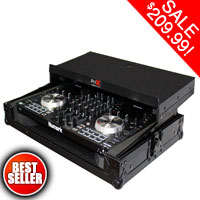 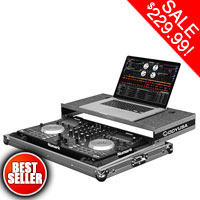 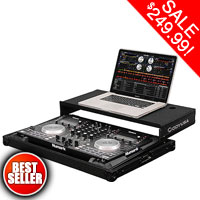 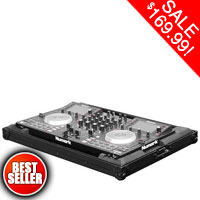 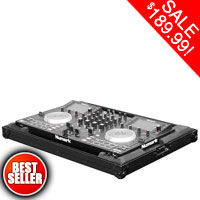 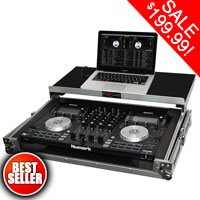 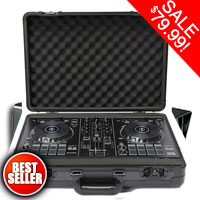 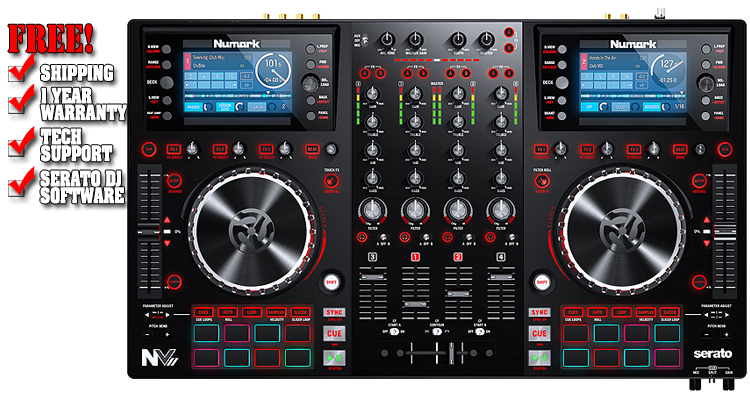 WARRANTY SPECIAL
TWO YEAR FULL WARRANTY. ONLY $20 A YEAR FOR FULL PIECE OF MIND. ENJOY YOUR EQUIPMENT WITHOUT WORRY. PLAY WITH IT AND IF ANYTHING IS WRONG, IT WILL BE FIXED. Details

Our Price $699.99
WARRANTY SPECIAL
TWO YEAR FULL WARRANTY. ONLY $20 A YEAR FOR FULL PIECE OF MIND. ENJOY YOUR EQUIPMENT WITHOUT WORRY. PLAY WITH IT AND IF ANYTHING IS WRONG, IT WILL BE FIXED. Details 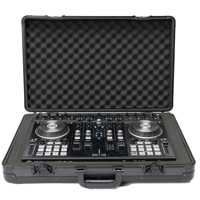 The NV II with its sleek design, seasoned with red and white colors, really grabs your attention. But it’s so much more—it improves on the superior performance of the original NV! Suited and tailored with an eye-catching symmetrical design, the NV II features an upgraded layout with clear markings for fast, responsive operation. Its striking platter design with hints of red make the NV II one hot controller!

What’s under the hood? Aside from cool look and those great 4.3-inch full-color screens, the NV II adds gridlines on the screens so you can seamlessly beat match your tracks. In addition the NV II adds a 5-column sort to view your music 3 columns at time by song, artist, time, bpm and key. We didn’t just improve an already great DJ controller—we created the NV II to reiNVigorate your DJ skills!

Touch and Feel the Mix
You can feel the music through the adaptive 5-inch touch-activated platters. The NV II comes equipped with touch-capacitive EQ and filters to dynamically carve out the groove with drop/boost, available at your fingertips. The highly-advanced touch-adaptive jog wheels adjust to your style and feel while manipulating your mix on the fly. Whether you scratch in your favorite cuts or nubb in perfect transitions blends, the platters are an extension of your personality and style.

What’s the big deal about the touch capacitive EQ, FX and filter knobs? You have free range to carve out a custom sonic mix by just tapping the EQ/FX knob and adding a simple twist. Think of it as your stylus on a touch screen, where you can control every curve of your musical art, creating the perfect mix. With the touch-capacitive knobs you can literally feel your mix.

Performance Trigger Pads
Create your own remix during your performance with our 16 velocity-sensitive pads. These are great for finger drumming, looping sample slicing, hot cues and more. Bright RGB backlit pads with color-coded feedback for each mode make switching in and out a liquid operation. While tapping your feet to the beat, the velocity response has an amazing feel for setting loops or set your cue points for awesome drops.

With four decks, you have unlimited opportunity to create the remix you always imagined, while monitoring your performance on the built in screens. Aside from switching views on the screens, you have control to switch from decks 1-4 with one fast click on each deck. Depending on whether you mix a capella with instrumentals with four decks or create party/club mashups to pepper into your set, you can do it all on the fly at your gig or in recording studio.

Toolroom Remix Packs
DJs who want to get into producing (or producers who want to DJ) will appreciate the Toolroom Remix package of professional-grade stems, from the world’s premier electronic music label. Create endless bangers with exclusive access to textures and grooves that empower you to create live remixes or great set build ups and drops. Infuse high-quality sounds into your set on the fly or in studio mode. It’s a great value, making the NV II fully equipped with all the tools you need to conquer new opportunities.

Out on the Road with Inputs for Pros

Gig a lot and need a versatile board? The NV II fits in any environment and comes road-ready with XLR outs to deliver the best in sound. You also have Booth/Master RCA outputs to monitor your performance with N-Wave 580L speakers, along with a ¼ “ microphone output. While cueing up your music, you have the flexibility of using the ¼” input or the 1/8” input for your headphones. Play all of your music connected via USB with the latest Serato DJ software. 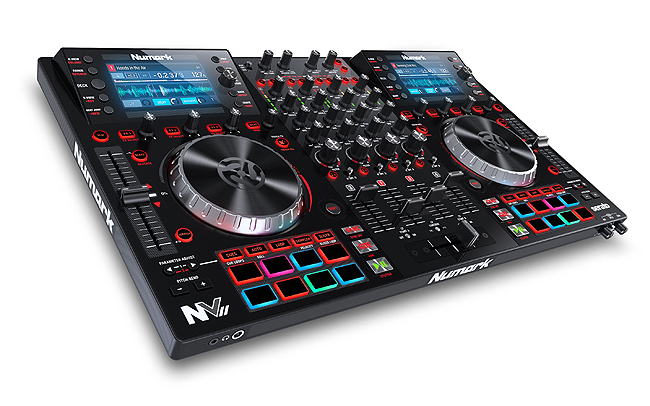 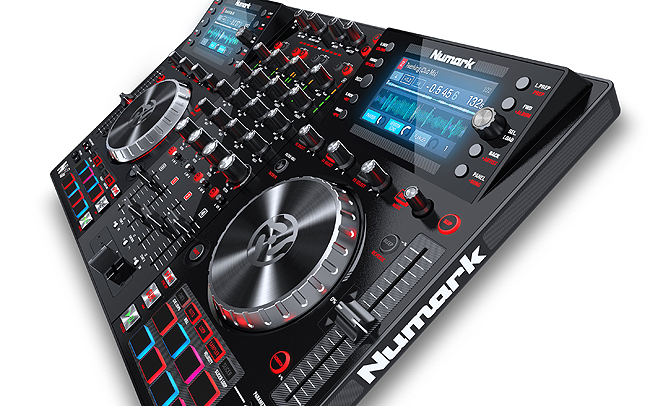 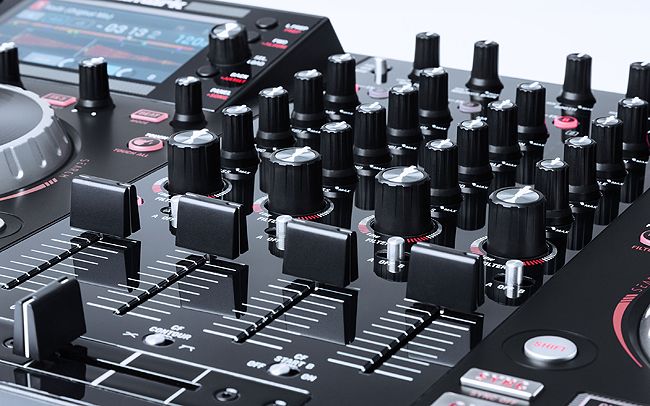 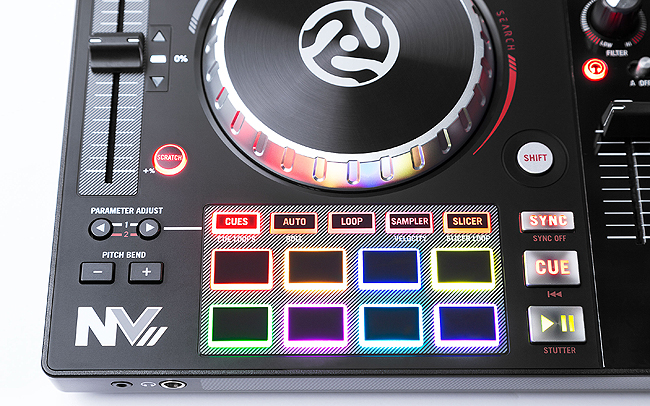 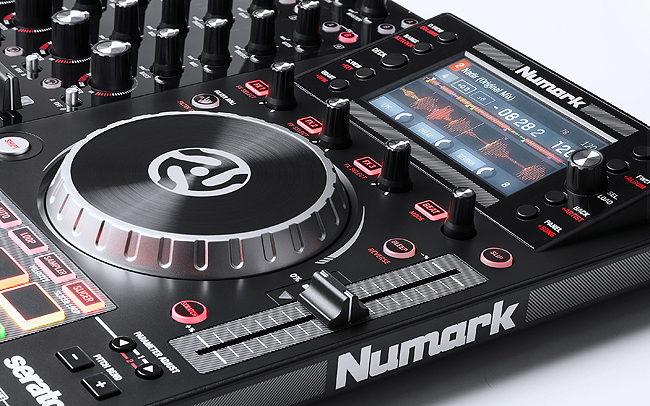 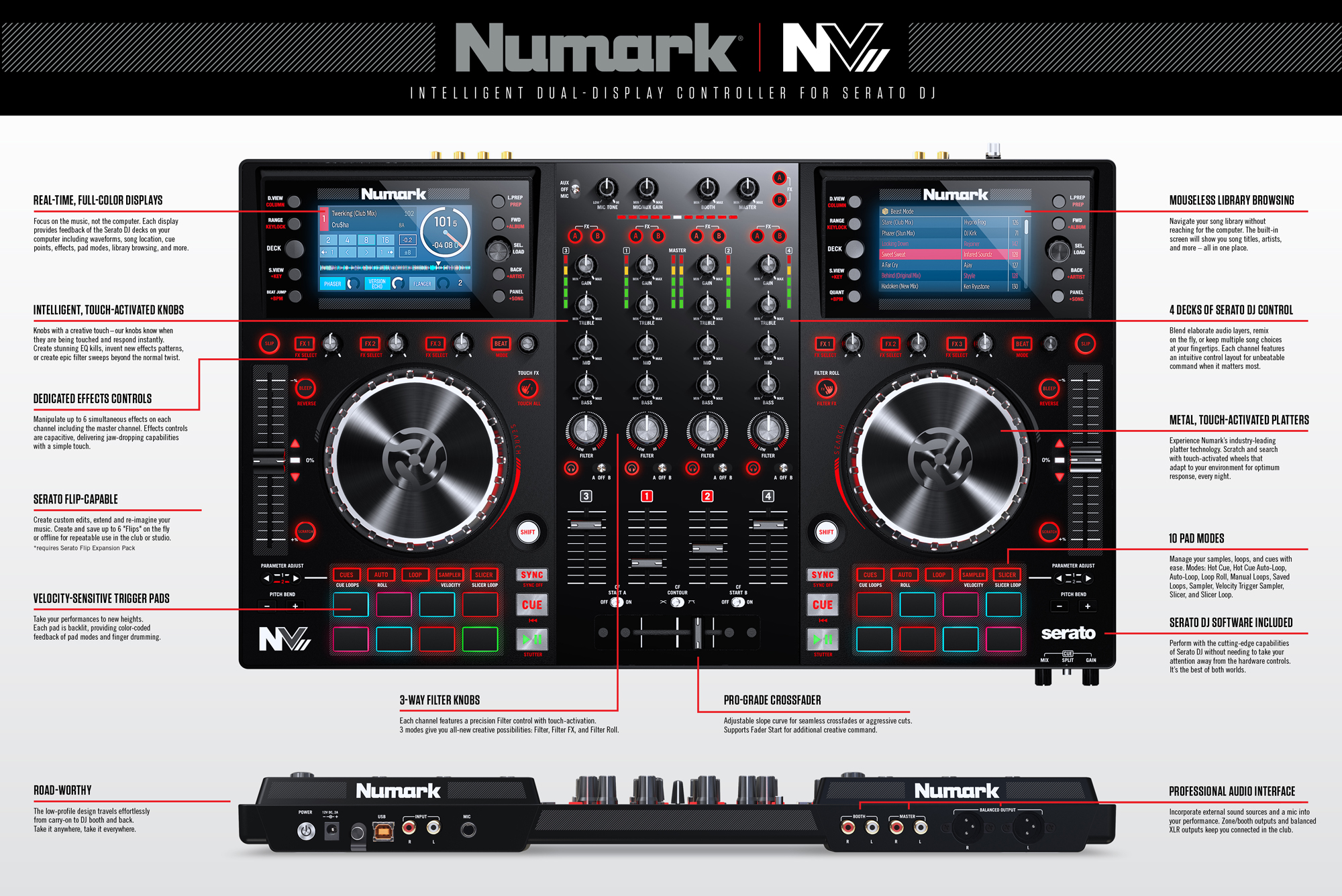 Back to Numark Controllers

Back to DJ Controllers